“The right of citizens of the United States to vote shall not be denied or abridged by the United States or by any State on account of sex. Congress shall have power to enforce this article by appropriate legislation.”

The AAUW Durango branch partnered with the League of Women Voters of La Plata County (LWVLPC), to celebrate the 100th anniversary of our right to vote. Our plans included several events beginning in January of 2020 and ending with “An Open-Air Salute to Suffragists” celebration at Buckley Park.

In January 2020, thirty of us marched in costume at the Snowdown Parade carrying posters and the Suffragist flag.  What a fun evening as the crowd cheered us on!  Hayley Kirkman (FLC graduate and NCCWSL attendee) created a logo which was put on T-shirts and yard signs. Katherine Burgess presented “The Women Wore White” at a Life-Long Learning event at the FLC.  Her cast was Carrie Chapman Catt, Alice Paul, Sojourner Truth, Susan B. Anthony, and Elizabeth Cady Stanton. Filling these roles were Bernardine Cox, Judy Hook, Katherine Smith, Dinah Swan, and Carol Schmudde, respectively.

In March, when Covid arrived we adapted and incorporated masks, social distancing, and hand sanitizer into our celebration. On August 22nd we held an “An Open-Air Salute to Suffragists” at Buckley Park with music, posters, and social distancing.  The  She Speaks Newspaper was printed for attendees containing articles on the struggle for suffrage for ALL women. About two hundred people attended. It was a great education for those who came.  An attendee said, “Thank you for having an event where I feel safe.”

Despite the pandemic there were 150 yard signs and nearly 300 T-shirts sprinkled around yards and on bosoms in time for the election in November 2020.  More women voted in La Plata County than men!   Let’s all make sure that we always exercise our right to vote. That is what this was all about!!!!! 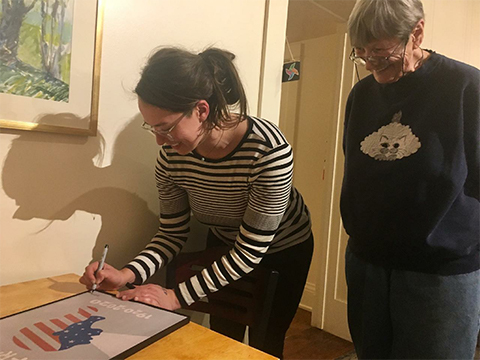 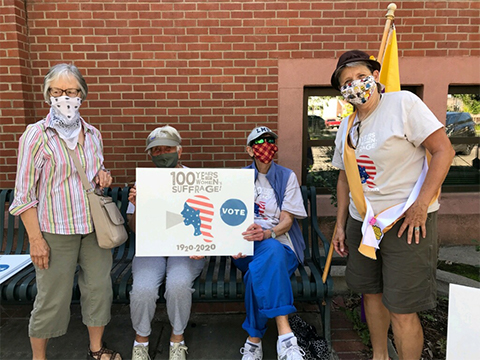 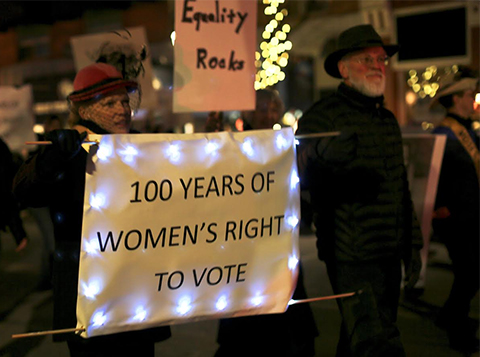 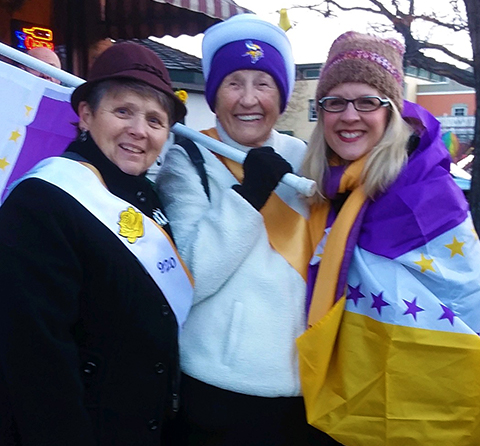 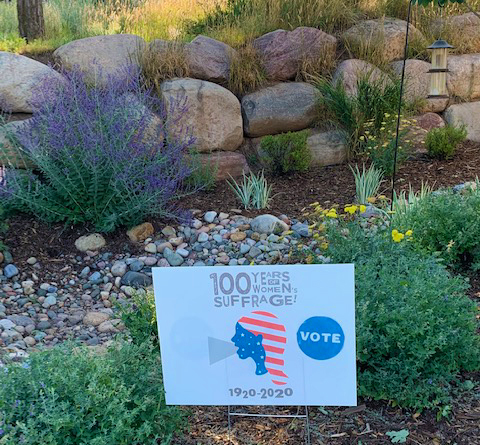 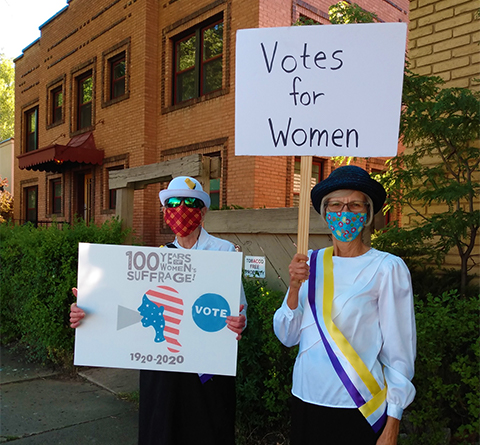 This year our event was called Caregivers Need Care, Too and we hosted Marcy Houle, author of The Gift of Caring.  With the events of this year it is especially important to offer support to caregivers. The wonderful thing about virtual events is that you can record and share the event over and over again. Please note that the first 15 mins we also screened the Open-Air Salute to Suffragists video. 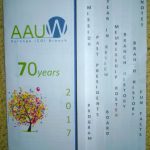 In 1946 our AAUW Durango chapter was formed.  We gathered to celebrate all the past generations of AAUW members and to honor our past chapter presidents. 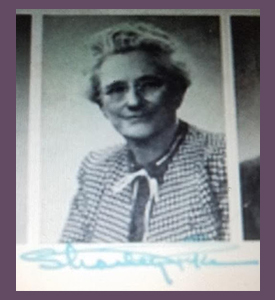 Our first president Sharley Pike was born on January 8, 1887. Her parents were Judge and Mrs. CA Pike of Durango.  Judge Pike was a judge for the 6th Judicial District here in southwest Colorado.  She attended Colorado College in Colorado Springs and was an active member of the Contemporary Club of Colorado College.

She was a beloved and distinguished English teacher for many years.  One of her students, Philip R Craig, became a well-known mystery novelist. He credited his love of books and writing to his wonderful English teacher, Miss Sharley Pike.  She was the first Durango area A.A.U.W. President in 1946.  She passed away in February 1971.

We also compiled a complete list of all the past presidents from 1946 to 2017.

and also some Tidbits in Women’s History 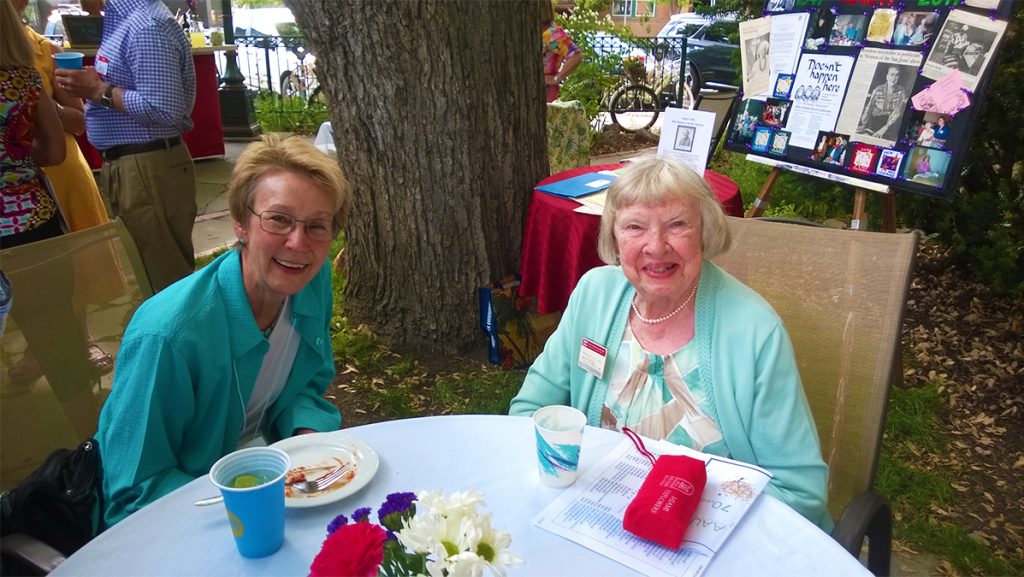 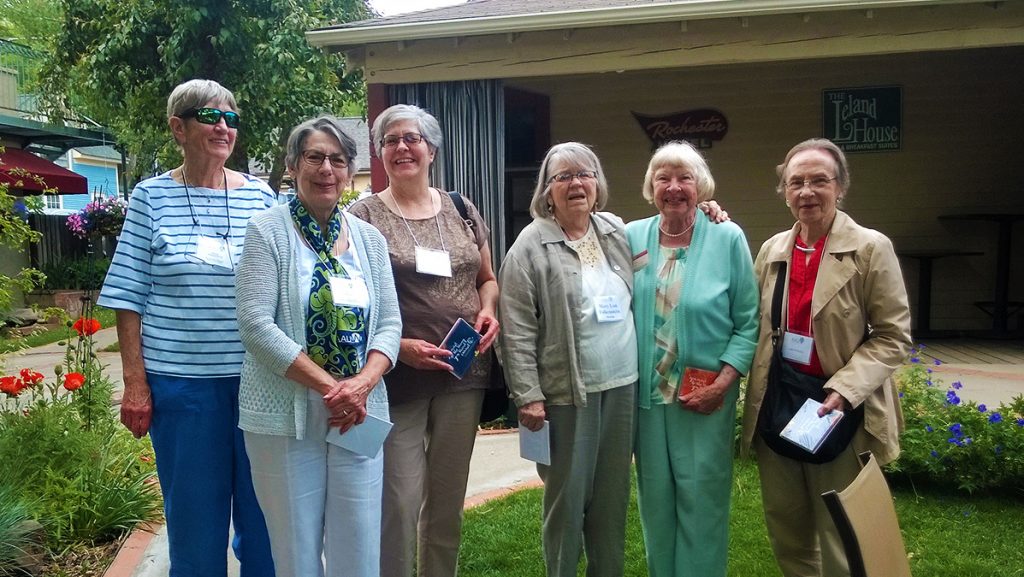 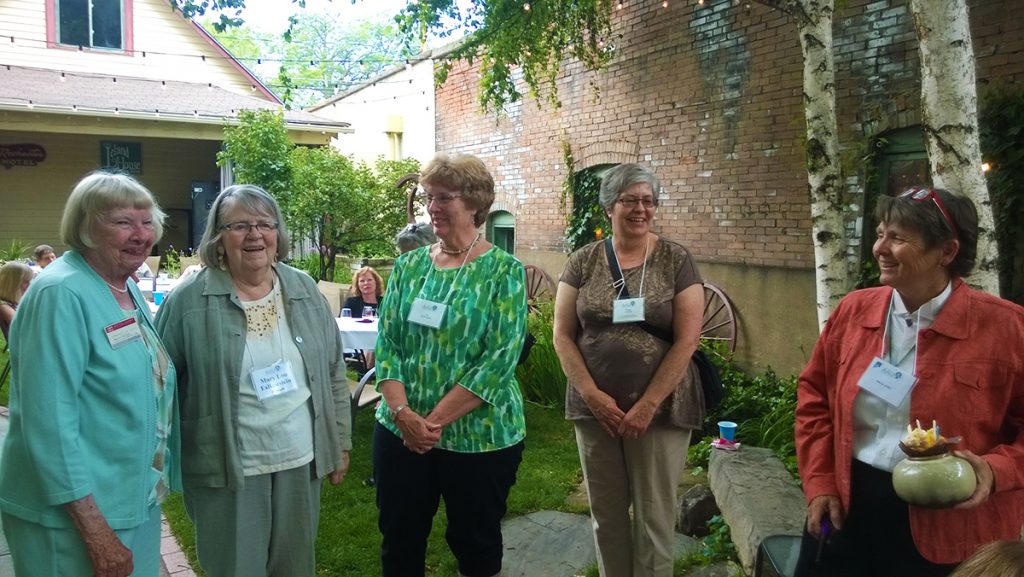 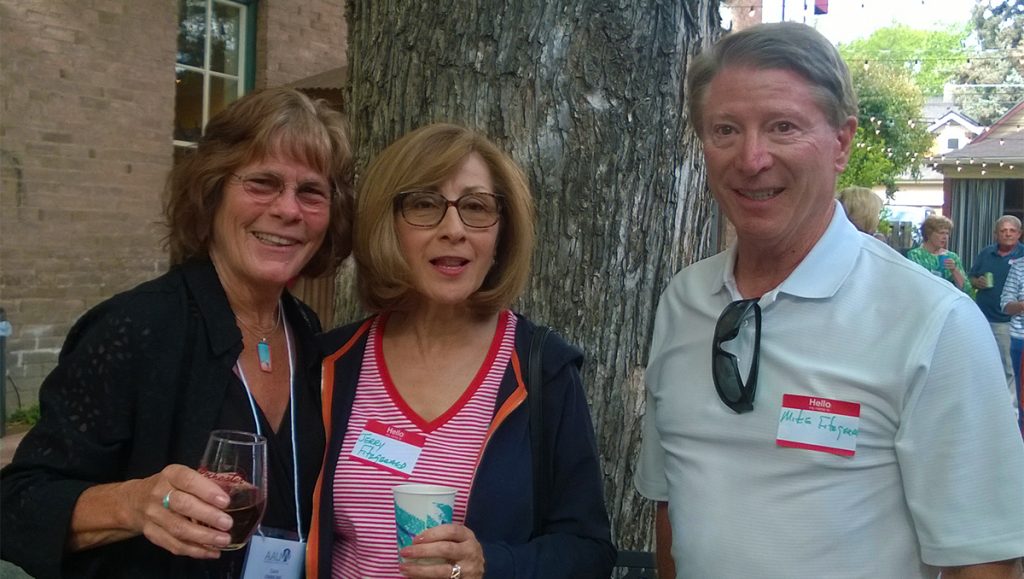 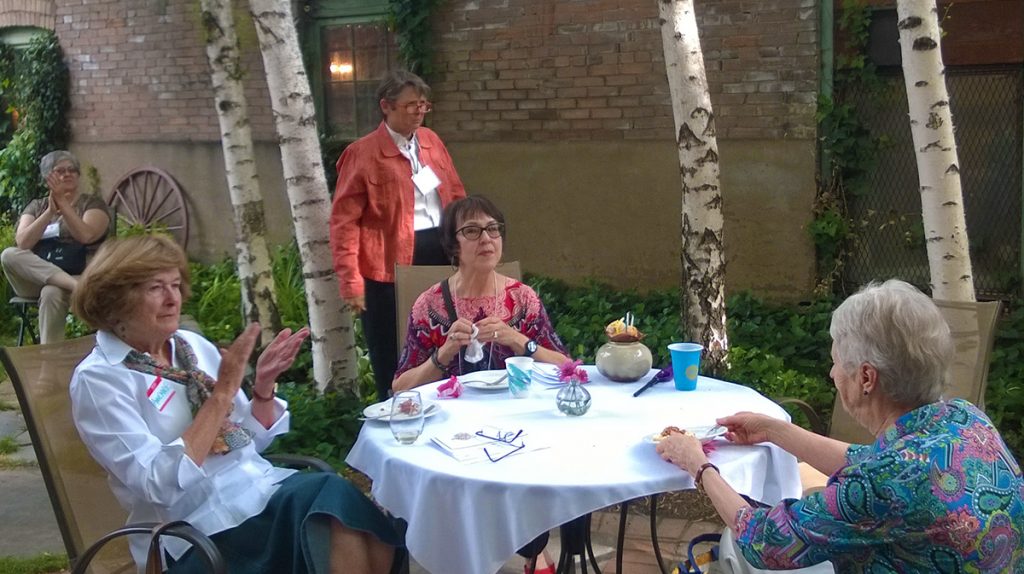 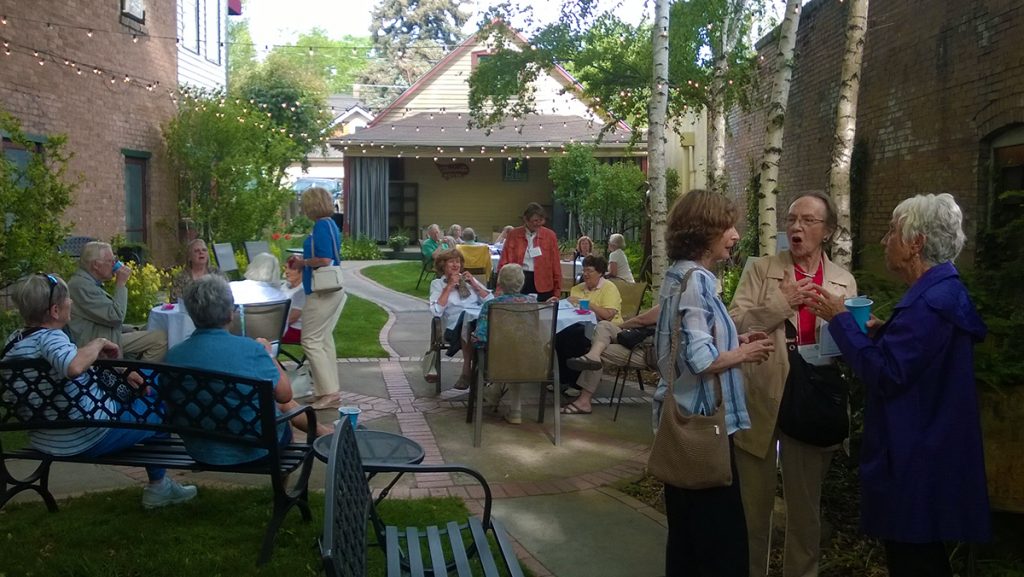