AAUW Durango currently has three endowed scholarships which provide a non-traditional woman student at Fort Lewis College with $1000 per semester to apply towards tuition and fees. These are the Cheryl Jackson Scholarship, the Virginia Schosher Scholarship and the Janet Watson Scholarship. We are in the process of funding the Sandy Brown AAUW Scholarship. These scholarships are in honor of members of our branch who work tirelessly to support and promote women’s educations. 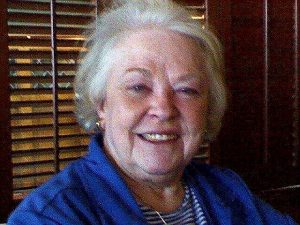 In 2012, this scholarship fund was named by the AAUW Board and fundraising for our third endowed scholarship began. Cheryl had a long time career as a teacher. After moving to Durango, she joined AAUW along with a number of other organizations.

Cheryl was a fine committed volunteer within the Durango Branch of AAUW. She had been a member of the AAUW scholarship committee and President of the chapter twice. One of those presidencies came at a time when membership was at an all time low and Cheryl resurrected the branch. She initiated the Fall Membership Luncheon. She authored special meetings in the spring for new graduates to meet prospective employers or future educators.

Cheryl was in charge of several Book and Author luncheons and managed teas for graduating students.  She joined in the acting troupe of the historical program called Women of the San Juans playing a leading Madame of early Durango. She also acted in the AAUW production at Fort Lewis College Before Choice. In spite of suffering a stroke in 2011, Cheryl continued to enjoy visits from her family and friends and especially her fellow AAUW members. Cheryl died in October of 2020.

The AAUW Cheryl Jackson Scholarship was fully endowed at $25,000 in 2019.  AAUW Durango is now offering help to other deserving students. 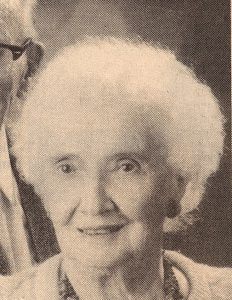 This was our first named scholarship, named while Virginia was still alive.  However, not endowed until after she and husband Barney died, when they left their estate to education.

Virginia’s parents homesteaded west of Pagosa Springs where she and her 3 brothers were born.  Her dad died when she was 10; her mother then moved the family to Ignacio for a teaching job.

After Virginia graduated from the teacher’s college in Greeley, she taught in many rural schools, later in Pagosa and was thrilled to be offered a job in Durango–the big city!  She taught wherever she was needed for 37 years but 4th grade was her favorite and she was at Mason School for many years.

She married Barney in 1944.  In 1946, the Durango Branch of AAUW was formed and she was a charter member, serving as president 1948-50.  In 1952 the branch had enough money to fund a tuition scholarship to a girl from Dolores but they were not always successful in raising the necessary funds.

In the last week of her life at Four Corners Nursing Home, she was pleased to receive the certificate of life membership from AAUW for paying her dues for 50 years. 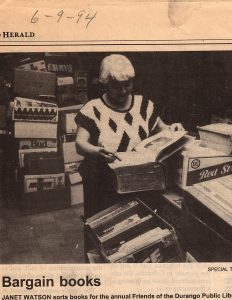 The Janet Watson Scholarship was endowed in 2012.  When she died of cancer at 85, January 31, 2009, the scholarship had just been named and her daughters designated it as a memorial, which added donations of $1,000. to the scholarship.  They donated the proceeds from the estate sale ($3,000.) and they each donated $3,000. ($9,000.) of their inheritance, which helped reach the endowment minimum quickly.

Janet graduated from University of Wisconsin in 1945 with high honors in speech therapy.  She worked for the War Department, Borden General Hospital in Chickasha, OK, treating veterans with hearing impairments.  There she married Lt. John Watson, M.D.  After moving with the military, they settled in Durango in 1955 where Dr. Watson was the first radiologist.

Janet was very involved in the community, active in PTA, Girl Scouts, Great Books, reading groups; helped found United Way and was a longtime supporter and at one time a full time volunteer at Planned Parenthood.  She also was a member of Tuesday Literary Club, Reading Club of Durango, was a founding member of Friends of Durango Public Library and a PEO member.

She was a 50 year member of AAUW, holding many offices, including Durango Branch presidency, 1966-68.  Her last contribution was researching Virginia Schoser for a fundraiser.  Not realizing her lack of energy was due to cancer, she had trouble finishing.  Lou Falkenstein helped her complete the project and Judy Hook presented on September 20, 2008 for a brunch at Electra Lake Clubhouse.  The proceeds went to the AAUW Scholarship Fund before it was named in honor of Janet Watson.